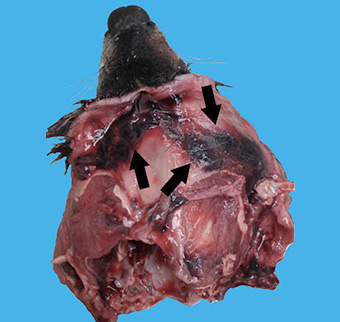 Raccoon roundworm found in a raccoon in the Netherlands

15 November 2014
In October 2014 a dead female raccoon found by the Animal Ambulance in the Dutch town of Doetinchem in Gelderland, submitted it to the Dutch Wildlife Health Centre (DWHC) for post-mortem investigation. This animal was in a moderate nutritional state and the cause of death appeared to be trauma to the head.
Read more