Tularaemia confirmed in the provinces of North Holland, Overijssel and Limburg

In October and the first weeks of November 2019, ten hares were submitted to DWHC for post-mortem examination. In three hares tularaemia (rabbit fever) has been diagnosed. 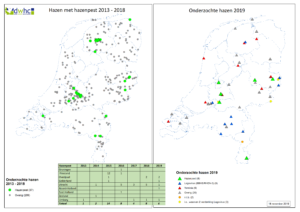