Late February 2018 the Dutch Wildlife Health Center (DWHC) was contacted about a beaver (Castor fiber) that displayed very abnormal behavior before it was euthanized in the field. The beaver did not respond to people and appeared blind and deaf. The person who discovered the animal had given the beaver a little push to see how it responded; the beaver had trouble getting back to its feet and appeared to have trouble with its balance. The Stichting Faunabeheer Flevoland (organization coordinating issues relating to wildlife / game in the province of Flevoland) heard about the case through operators of the ‘dierenambulance’ (an emergency vehicle outfitted for animal rescue). One of the employees of the Stichting visited the site and saw the animal swim. After the beaver climbed on shore, he approached the animal within a few centimeters while recording its actions. After consultation with a DWHC veterinarian the animal was euthanized due to its abnormal behavior and the animal was submitted to DWHC to investigate the cause of the odd behavior.

The beaver was an adult male, but only weight 15-16 kilograms (normally this is  ~20kg) and had no fat reserves. The examination of the animal revealed that it had a chronic mid ear infection of its left ear. The infection was severe and would not have resolved naturally. It is not possible to determine how long the animal had the infection. However, it was clear that the ear infection had been going on for a while because the adjacent nerves and bone were also damaged. These observations explain the abnormal behavior of the beaver: approachable, incoordination, deaf and blind appearance. An ear infection of this severity is most likely very painful, just as it would be for us humans, which bothered the beaver. As a consequence of the ear infection the beaver had mild iron accumulation in the liver that led to inflammation of the liver. 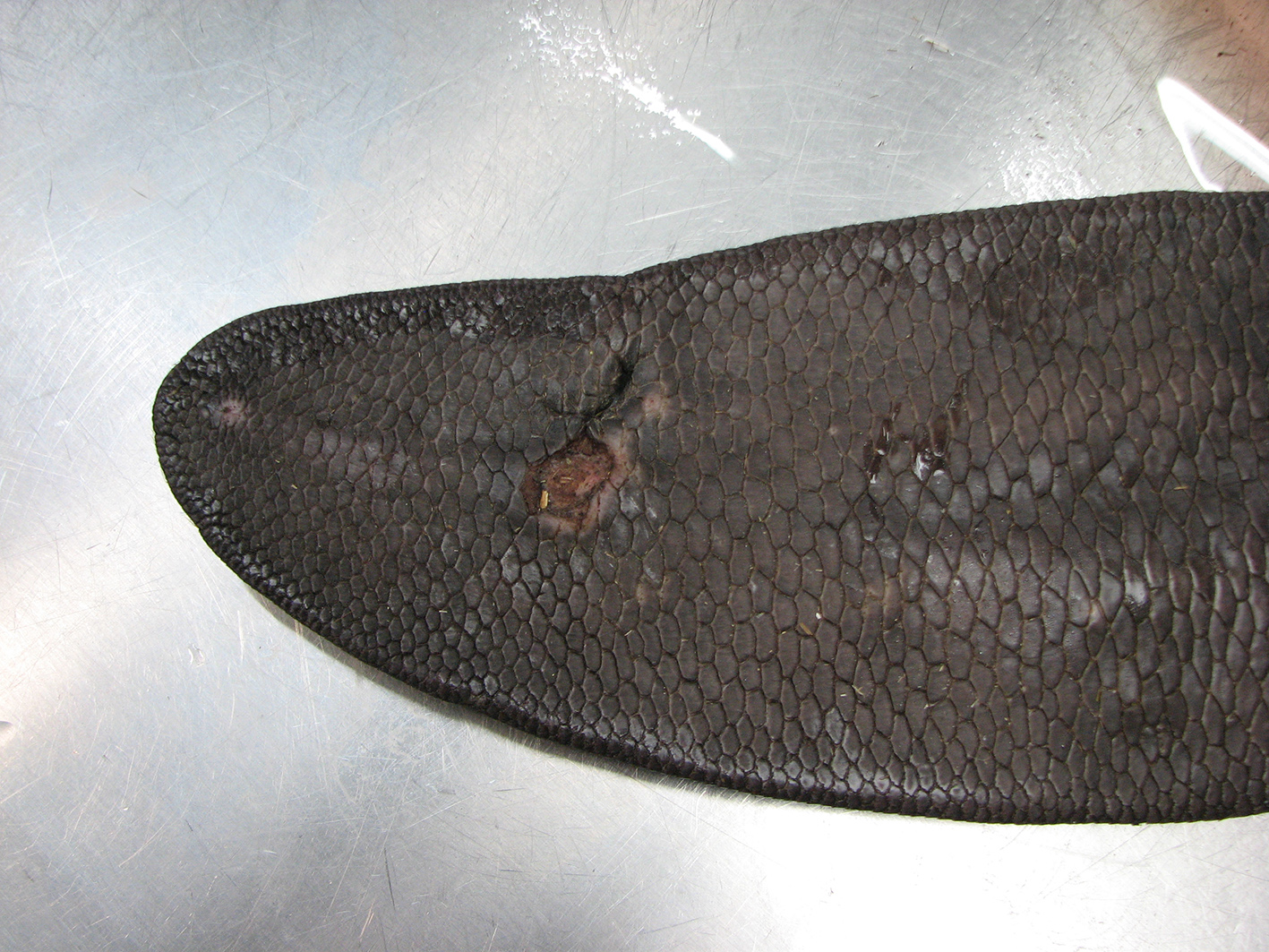 Old wounds on the tail of the beaver

There were old wounds in the beaver’s tail. These wounds were most likely acquired during fights with other beavers. Beavers defend their territory and deep bite wounds can occur during this process.