A first in the Netherlands – sea eagle in the CT-scanner

The carcase of a sea eagle (Haliaeetus albicilla) found on the 20th March on the Reigerweg near the Oostvaardersplassen nature reserve was investigated the following day by the Dutch Wildlife Health Centre (DWHC) and Wageningen Environmental Research at the veterinary faculty in Utrecht. As a top predator the sea eagle is an indicator species making it of interest to both veterinary scientists and animal ecologists. 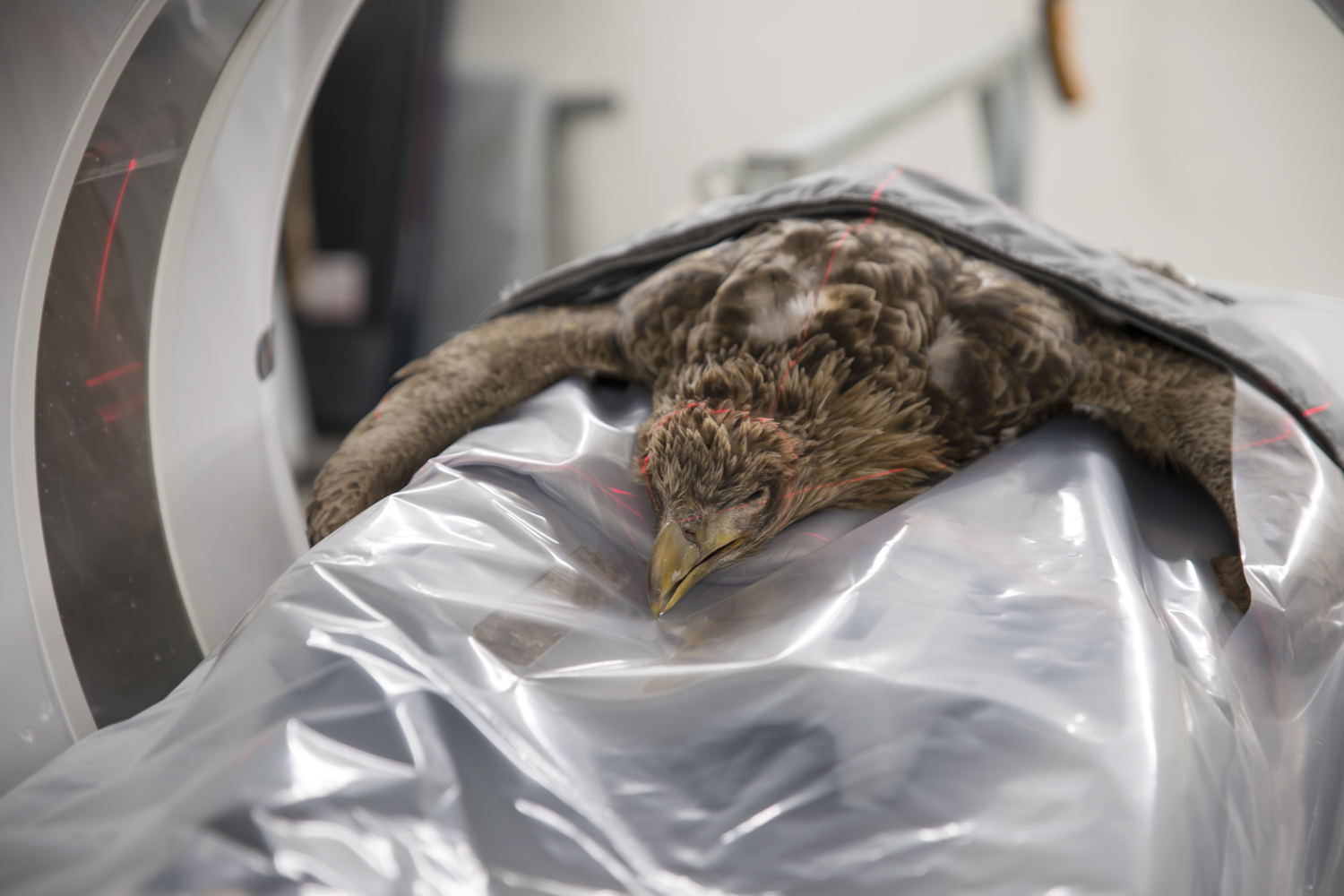 Sea eagle in the CT-scanner

On arrival at the faculty the sea eagle was first delivered to the diagnostic imaging department where radiographs and a CT scan were performed – a first in the Netherlands! These images showed multiple breaks including a complicated fracture of the metacarpal of the left wing and a distal fracture of the left metatarsal. The middle digit of the right foot had been crushed.

The sea eagle was a 3-yr old male; the age was determined based on the checkered patterning of the wings and the colouring of the beak, head and tail. The bird weighed 4.5kg and was in good condition with ample subcutaneous fat reserves.

Given the extent of the internal injuries including several organ ruptures and broken bones it is likely that the sea eagle died after flying in to something and falling to the ground – there are no signs of gunshot wounds.

Results of further testing due at the end of this month are hoped to shed more light on the health status of the bird, potentially revealing any underlying illness. 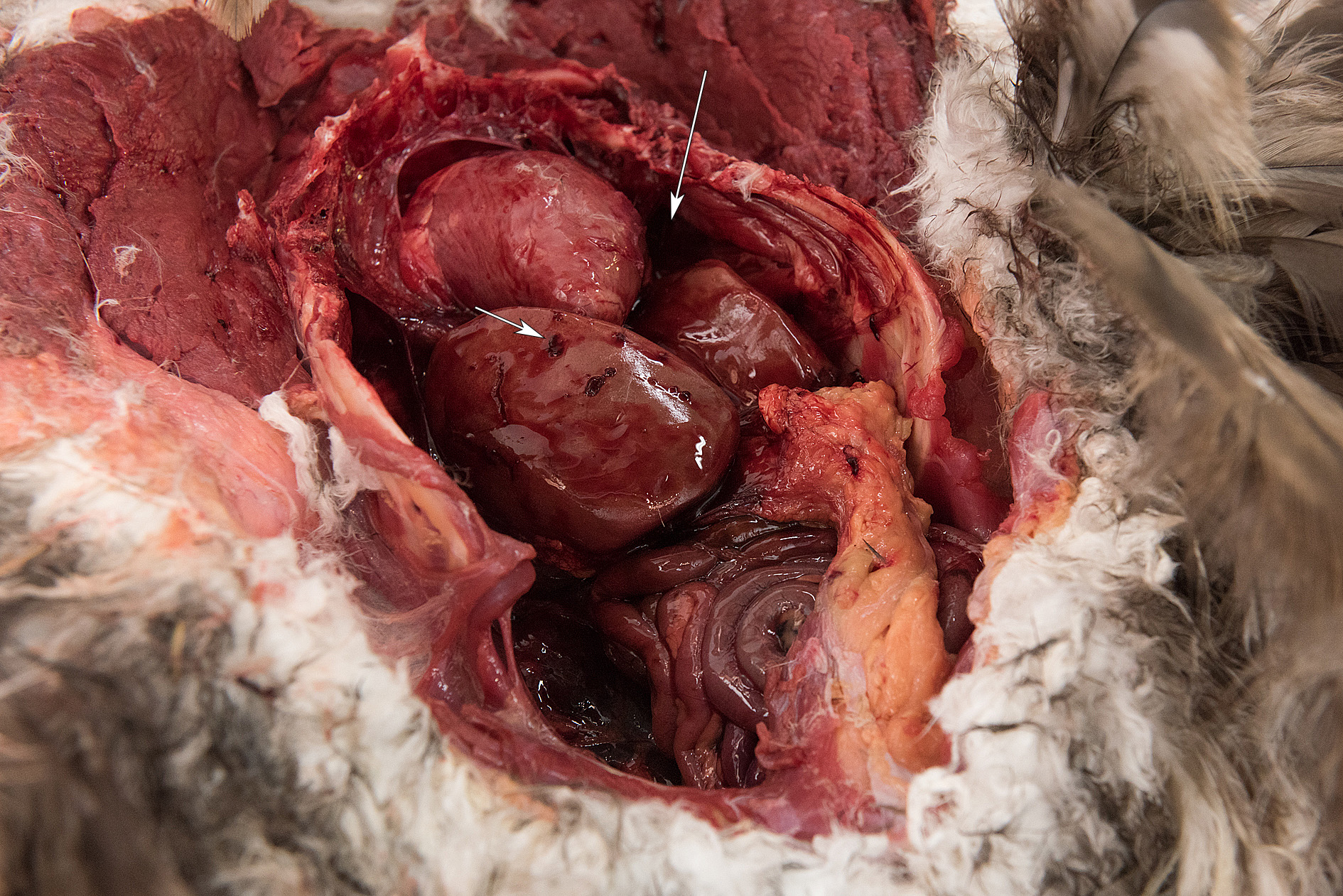