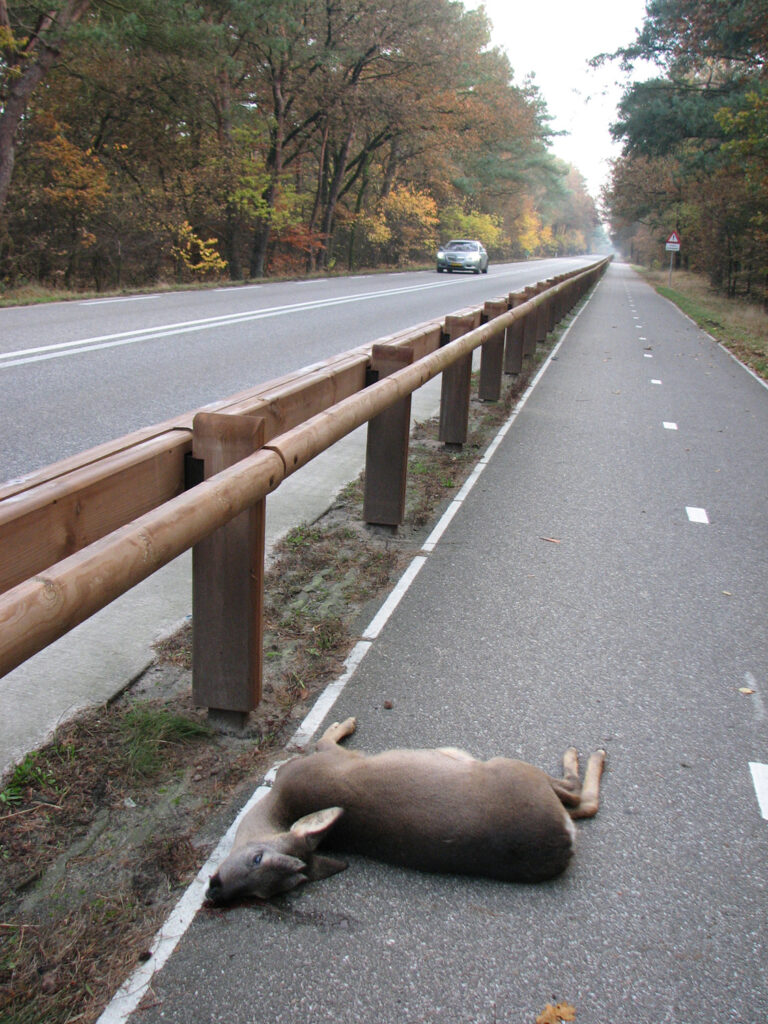 The local authorities have requested more information about the occurrence of these incidents (temporal and spatial) in attempt to better understand why they occur and thereby take measures to reduce the number of collisions between vehicles and wild hoofstock. It is possible that general illness amongst these animals may lead to an increased chance of collision.

This project will assess the health status of deer killed on the roads in Utrecht in 2010 and submitted to the DWHC for post-mortem investigation (autopsy, microscopic exam and further testing such as bacterial culture / viral testing when abnormalities are found).

In 2010, post-mortem was performed on 64 roadkill deer and, based on the findings animals were categorized as belonging to one of the following groups:

These results have been presented to the project commissioners (Faunabeheereenheid Utrecht & Provincie Utrecht).