At least nine bodies of prey were found in the stomach of the wildcat that was run over in the Dutch town of Nijswiller in February 2017. The animal was in good health and it appears that pure misfortune led to it being run over whilst crossing a country lane. Wildcats have been seen in the Netherlands for a few years and the good condition of this animal is an indicator that the region of South Limburg provides an ideal habitat for this species. 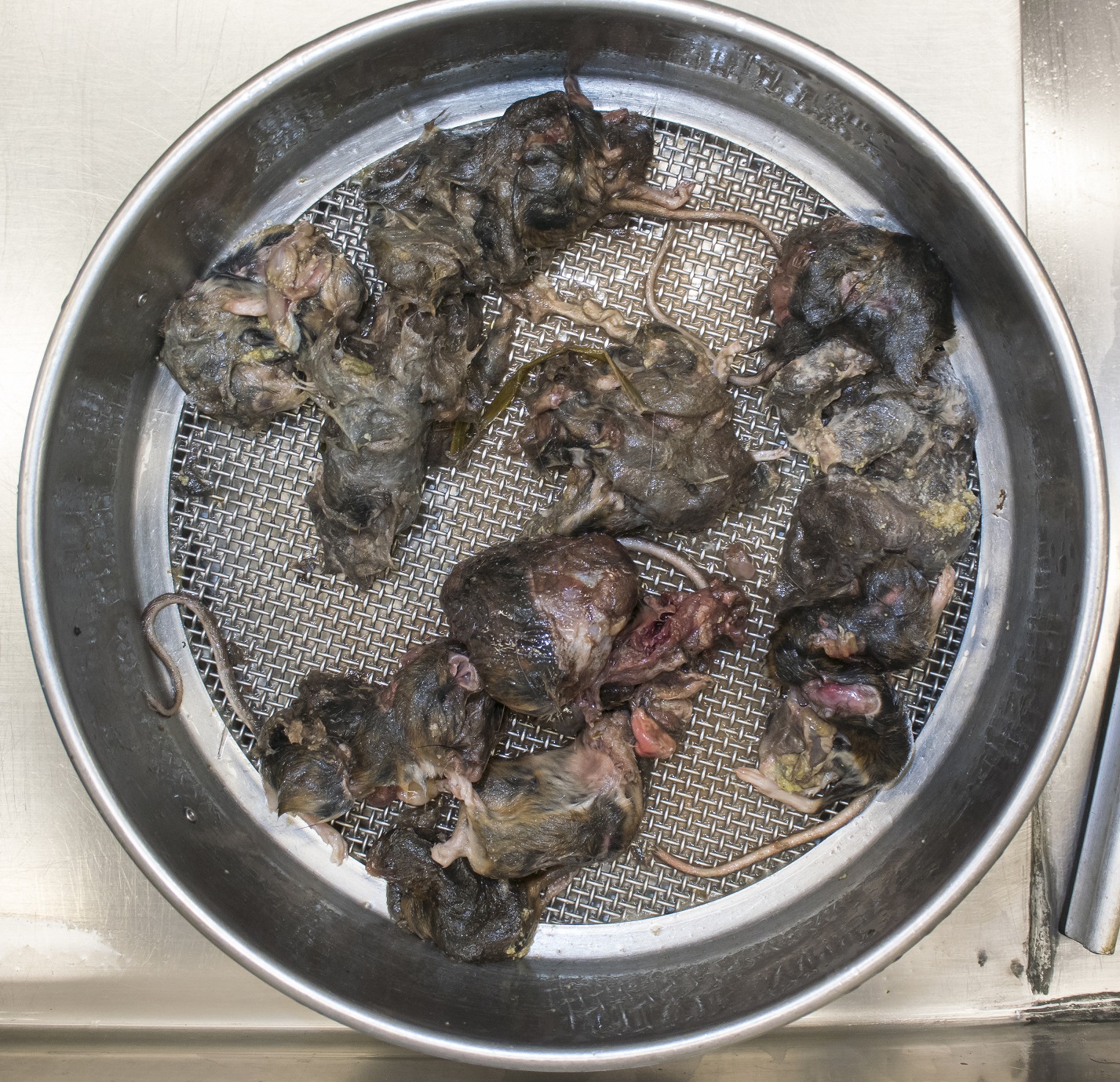 Wildcats (Felis sylvestris) have been resident in the Netherlands for several years: There is a small population of 10-15 adults living in the most southerly region of Limburg. The return of this species to the Netherlands over the last 10 years is due to the population expansions seen in neighbouring Germany and Belgium (link to Dutch website).

Such colonisation of a new territory is not without risk: animals searching for new territories cross roads and this sometimes goes wrong. An example of this was the death of the young male wildcat that was hit by a car in Nijswiller on the 15th February 2017.

The carcase of the cat was found by members of the Dutch Mammal Society and thoroughtly inspected. Post mortem investigation by the Dutch Wildlife Health Centre at the Veterinary Faculty of Utrecht University revealed that the animal had been in good health and DNA testing at the Senckenberg Institute in Germany confirmed that it was a member of the species Felis sylvestris. The bottom jaw was submitted to the collection of the Natural History Museum of Rotterdam and the body has been prepared and mounted for display at the Dutch Mammal Society. Investigators were surprised by the stomach contents. 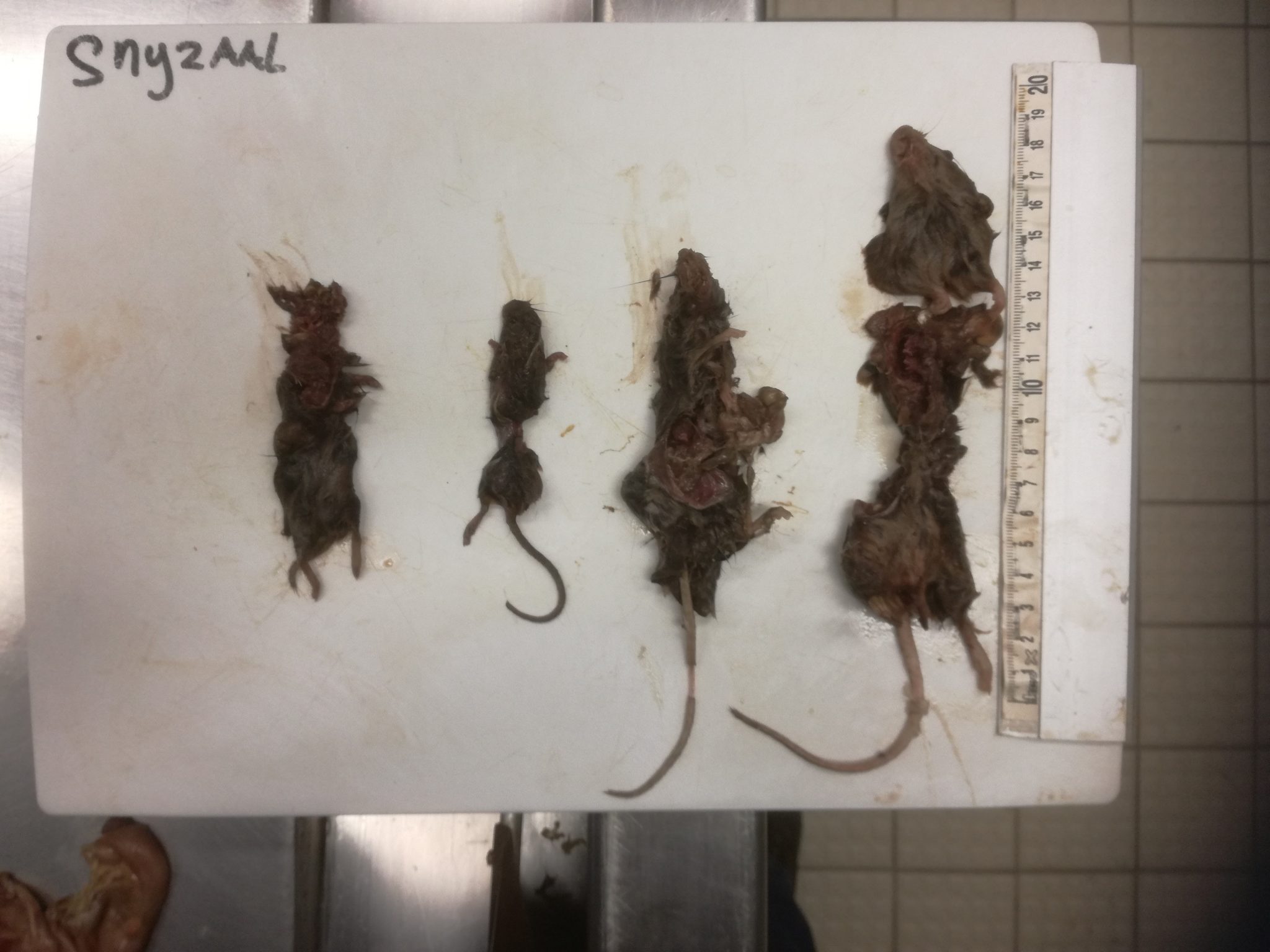 The young male wildcat clearly had a mixed diet including four different rodent species: five yellow-necked mice (Apodemus sylvaticus), two wood mice (Apodemus flavicollis), one harvest mouse (Micromys minutus) and one field mouse (Microtus arvalis). This finding is consistent with previously reported findings from a Dutch Nature Reserve Foundation, ARK Natuurontwikkeling (report in Dutch, with english summary). By GPS-tagging several wildcats in the Vijlener woods they have been able to monitor these animals’ activities. It appears that the cats live and hunt predominantly in the woods and the surrounding grasslands – the precise biotopes where the small mammal species in this wildcat’s diet are found. Unfortunately it seems that this animal had not succeeded in establishing it’s own territory but it’s good condition is a clear indication that the region of South Limburg can support this species and it is expected that wildcat sightings will increase in the coming years.

Sources: Nature today and the Dutch Mammal Society (both in Dutch) 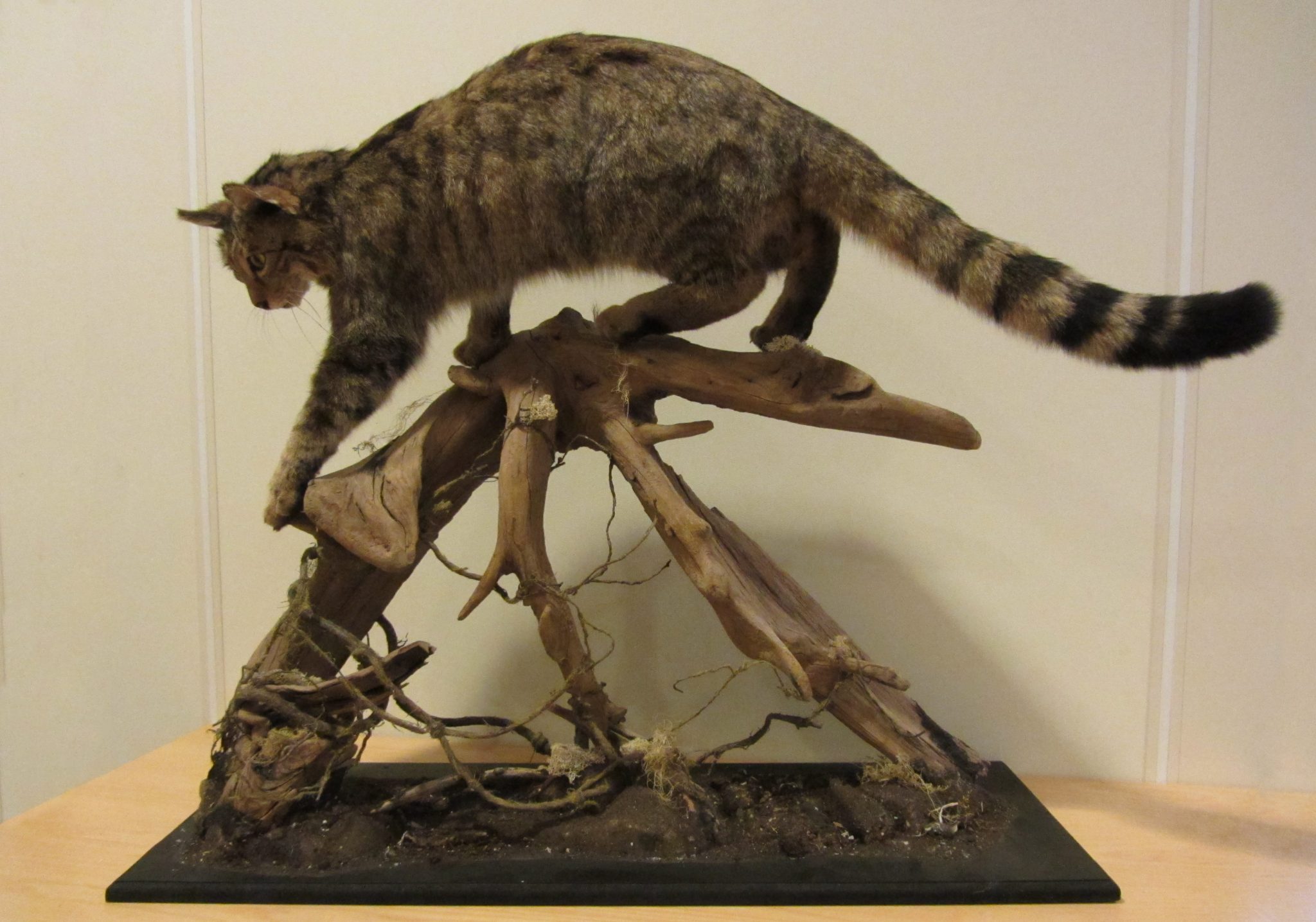 The preserved and mounted wildcat from Nijswiller (Source: Neeltje Huizenga)